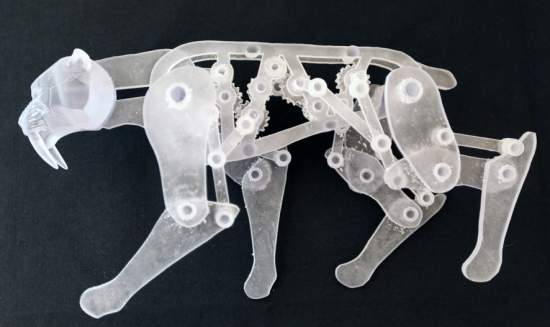 We developed an interactive design system that allows non-expert users to create animated mechanical characters. Given an articulated character as input, the user iteratively creates an animation by sketching motion curves indicating how different parts of the character should move. For each motion curve, our framework creates an optimized mechanism that reproduces it as closely as possible. The resulting mechanisms are attached to the character and then connected to each other using gear trains, which are created in a semi-automated fashion. The mechanical assemblies generated with our system can be driven with a single input driver, such as a hand-operated crank or an electric motor, and they can be fabricated using rapid prototyping devices.